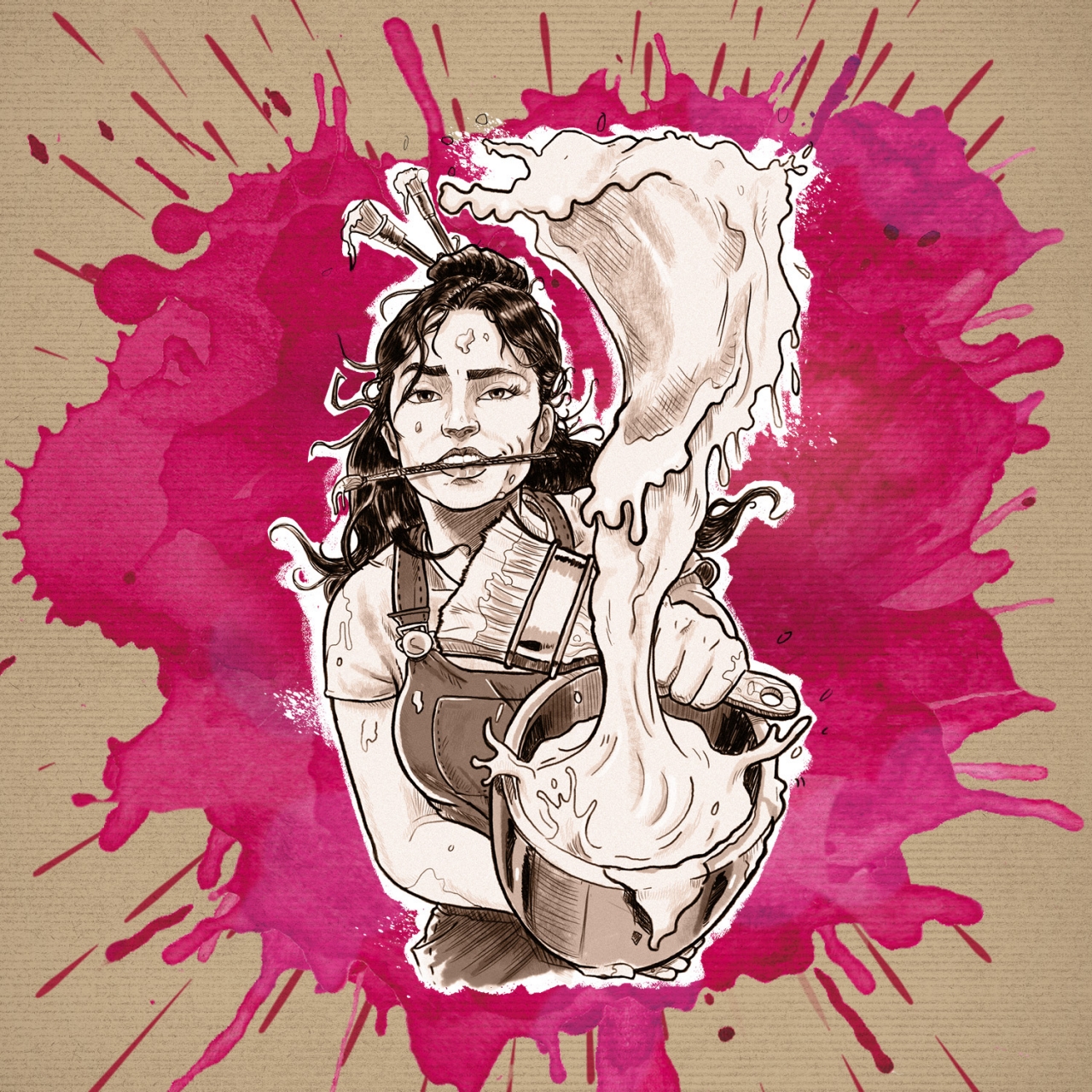 The new SO NUTS Coffee from Camille Bloch is the perfect caffeine hit for people on the go. And it really helped the team at Serviceplan Suisse while they were creating and implementing the ad campaign.

SO NUTS is a two-sided snack – it tastes crazily good while also being really sensible, as it’s made with just a few 100% natural ingredients. This duality is at the core of the ad campaign that Serviceplan Suisse created for the launch of the new variety, SO NUTS Coffee.

The campaign features characters that also have two sides to them: a crazy side and a sensible side. One is a painter who sometimes goes a bit wild while creating her works of art but sometimes works very quietly and carefully. Another is a traveller who sometimes takes everything but the kitchen sink with him but sometimes packs a bit more sensibly with just the essentials. The crazy sensible characters are illustrated and were animated for the digital ads. 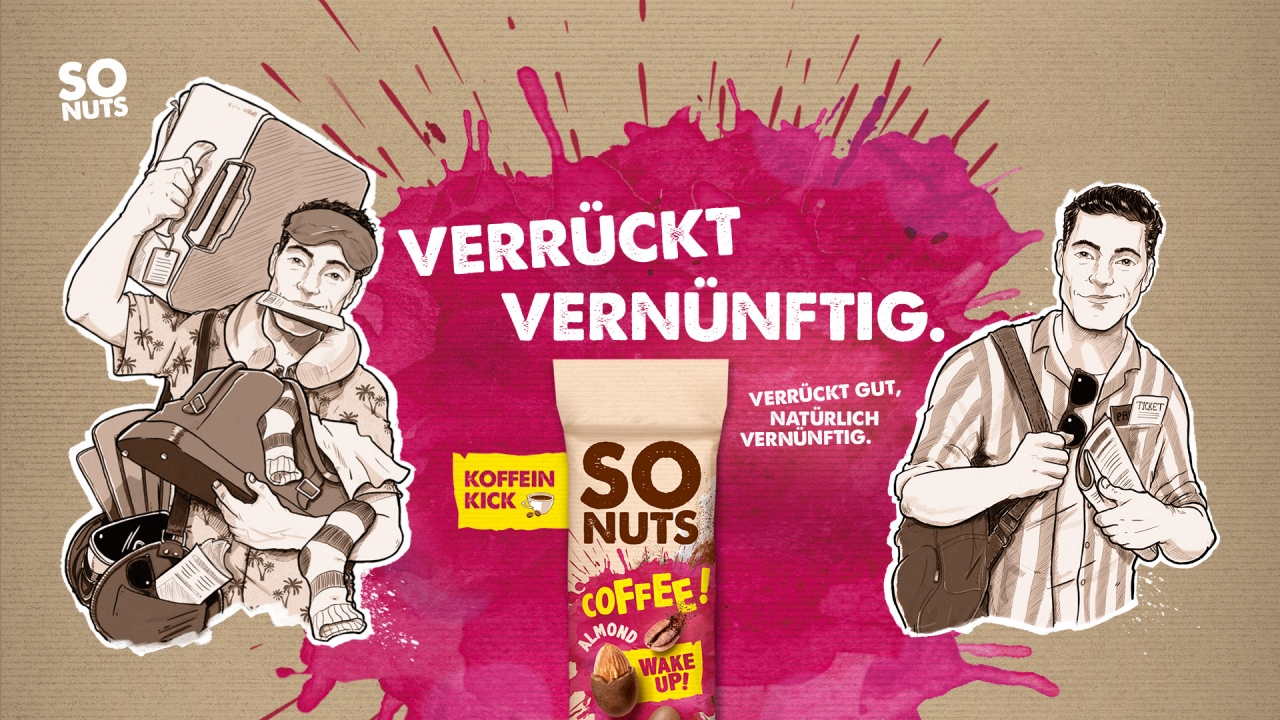 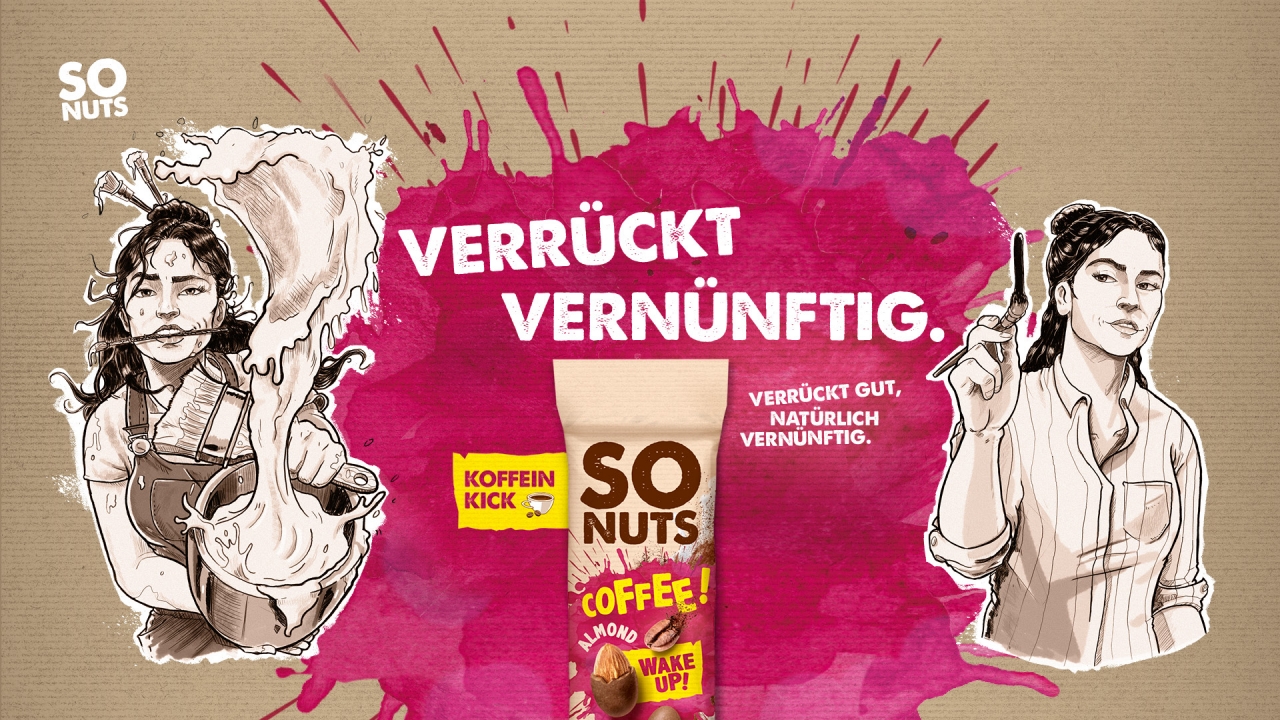