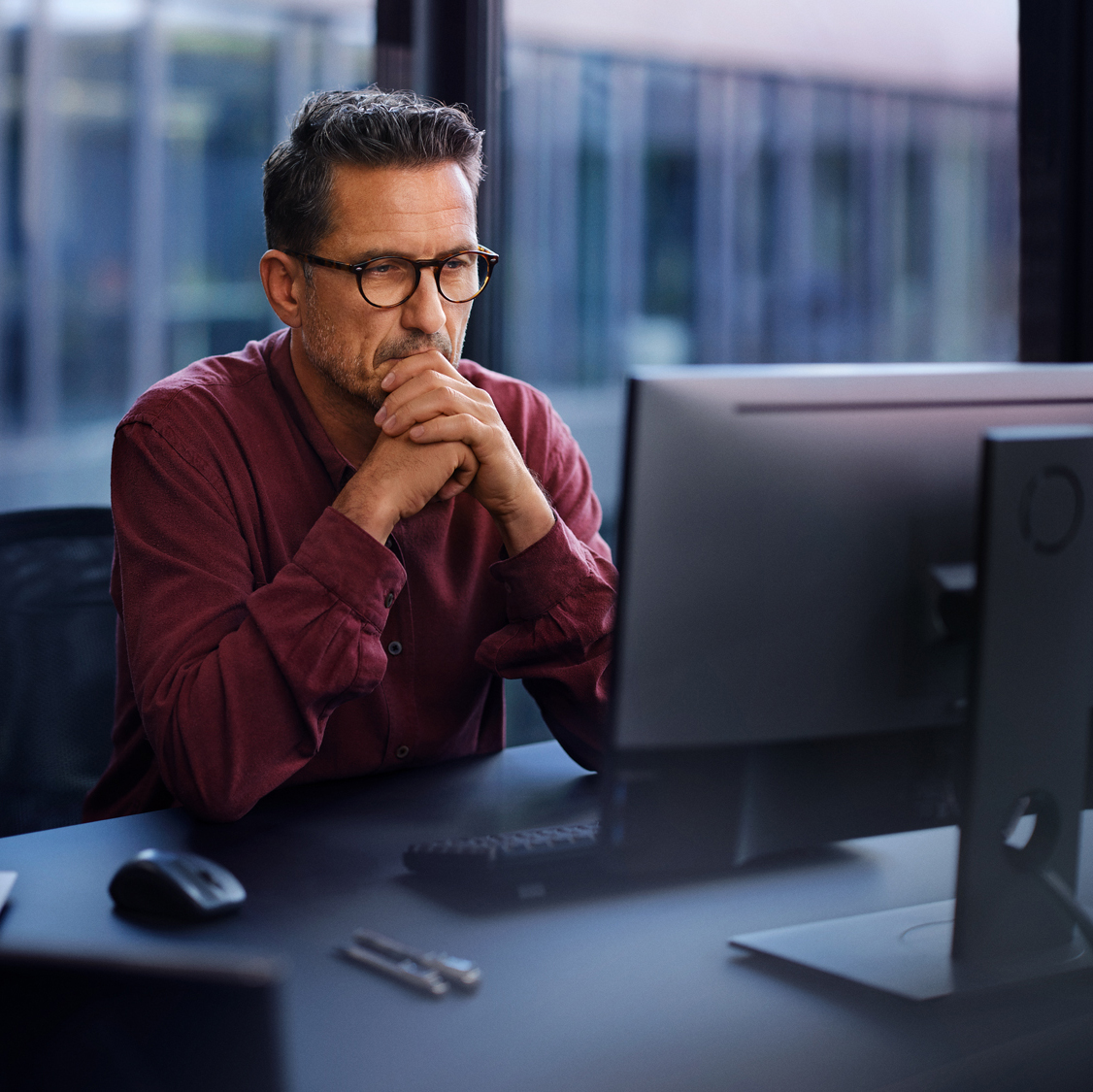 Serviceplan Suisse for Swisscom: How can small and medium enterprises get fit for the age of digitalisation?

Digitalisation poses a challenge for many Swiss SMEs. The new campaign by Serviceplan Suisse for Swisscom takes up the most burning issues – and also shows where the answers can be found: in Swisscom’s SME online tests.

Many SME bosses ask themselves: What is the best way to tackle digitalisation? It is a complex issue, because a company’s IT must not only be future-proof and secure, but also efficient and financially viable. Swisscom’s campaign focuses precisely on these tricky points. The visuals show managers of SMEs asking themselves key questions about digitalisation. Answers are provided in the form of online tests that can be used to find out quickly and easily whether the in-house IT infrastructure meets modern requirements, how well the SME is protected against cyberattacks, and how much digitalisation actually costs.

The aim of the campaign is to target SME owners as directly as possible and motivate them into action. This is achieved through portrait shots in authentic office settings, quoted questions written in the dialect of German-speaking Switzerland and, above all, specific calls to action. The communication initiatives, which were developed and implemented by the advertising agency Serviceplan Suisse, include advertisements in specialist magazines and major Swiss newspapers such as NZZ, Blick and Le Temps, as well as online banners and social media ads. Swisscom also developed and deployed social media strategies internally. 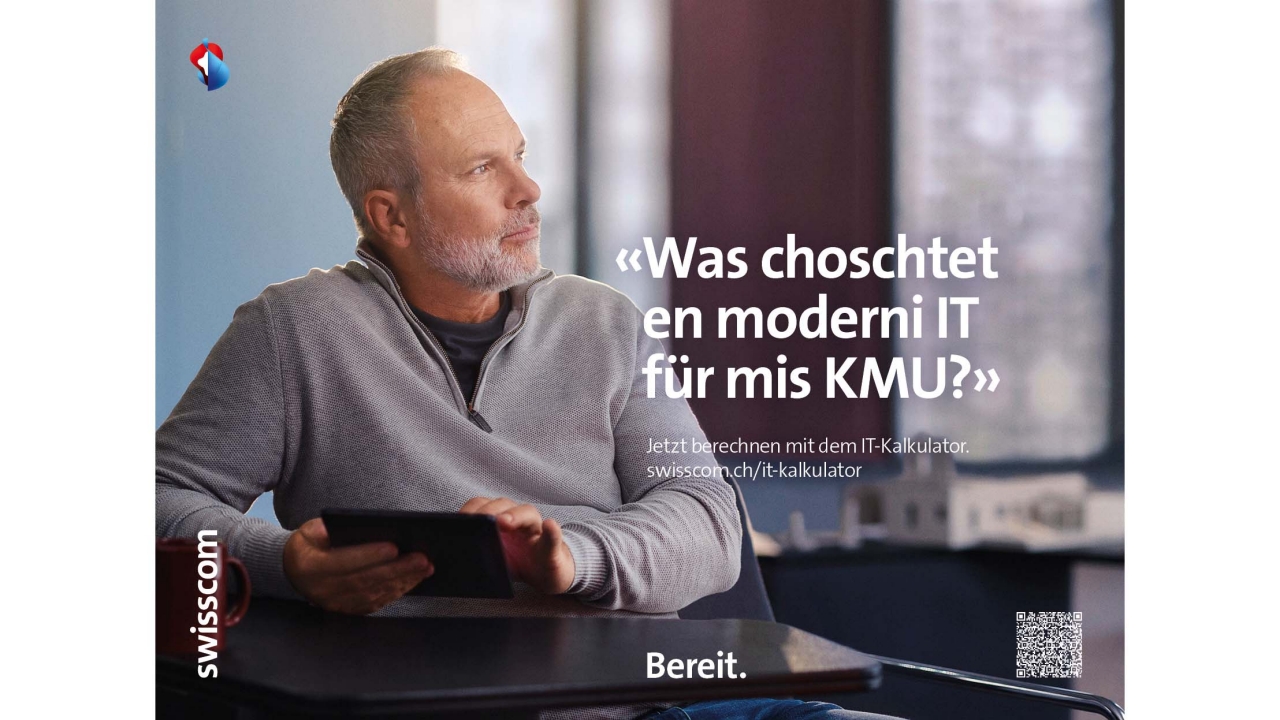 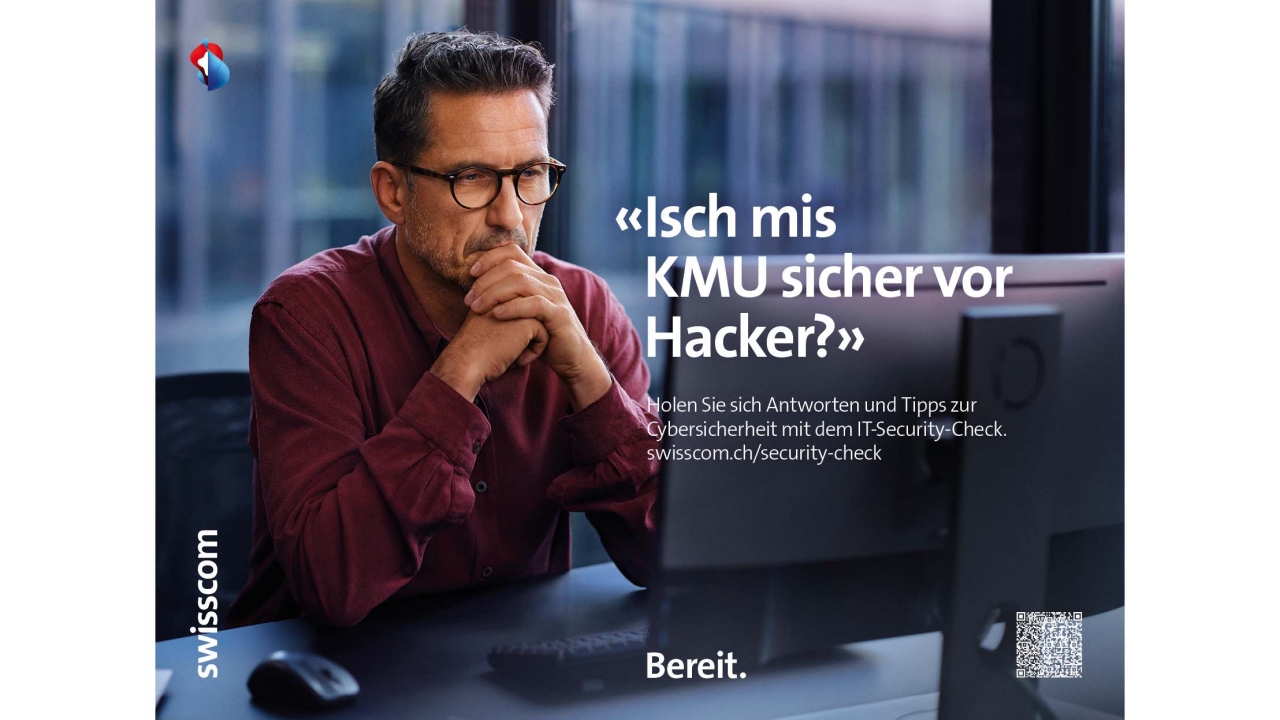 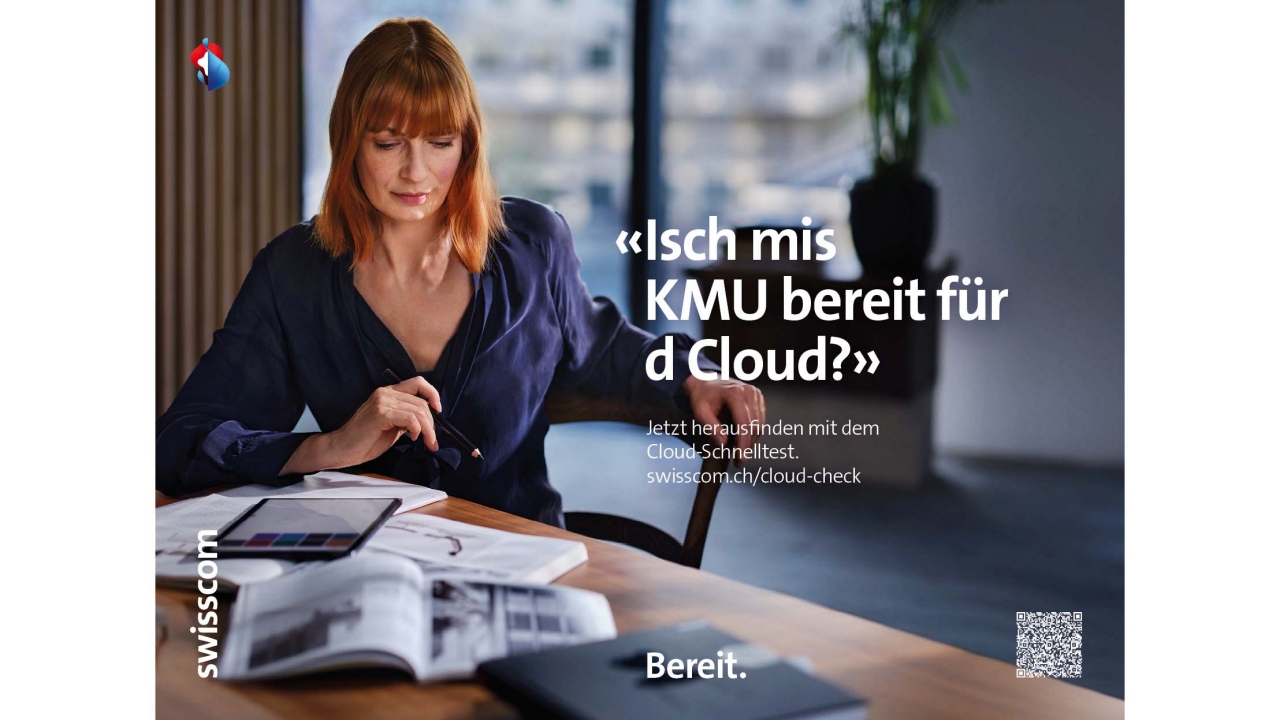